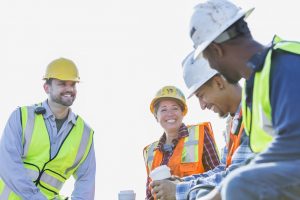 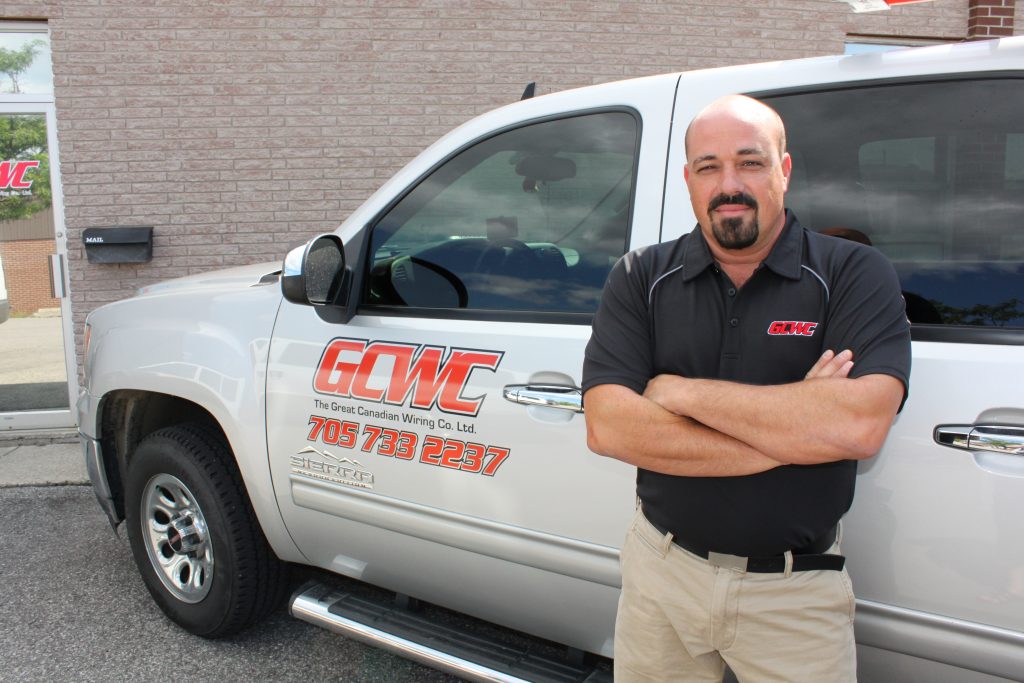 The level of safety awareness before POST was far below what it is today. With the inception of POST, this has changed dramatically within the Petroleum Industry. The same information is made available to everyone involved and we’re all safer because of it.

In the beginning, we all complied as soon as we could, so we could continue working on the sites that required it. As time went on, it seemed less tedious and more valuable. The more we were exposed to it, the more we started to practice it and believe in it. That was when it really started to develop into a culture. For instance, when we work at sites that are not petroleum related, the safety levels and awareness are often much lower than we are used to. I definitely feel less comfortable when in these situations.

It also reminds me that my level of awareness was much lower years ago. Look at how far we have come. The level of safety knowledge has increased by leaps and bounds in our industry, and also, the rate at which a new worker is taught safety. Someone new to the industry is given POST training and is made aware of many hazards before they even step foot on a jobsite. This is also when a safety attitude starts to develop.

We now EXPECT to meet with the safety officer at the beginning of each day, to find out what is happening around the site. Were not just complying anymore, it has become a way of thinking. It has definitely helped us to avoid injuries that may have occurred otherwise.

Because of POST standardization, were all on the same page and were all that much safer.

It’s a great way to work and live! 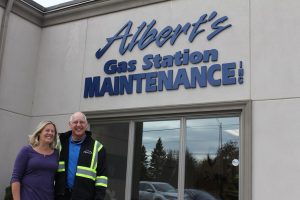 My name is Albert Budding and I am President of Albert’s Gas Station Maintenance, based out of Cambridge, Ontario.

When I first came into the service station maintenance industry as an employee way back in 1989, there was very little training or emphasis on safety.  We would take our WHMIS course while sharing a pizza and consider ourselves experts on safety. Rubber gloves and safety glasses were for doctors and welders. Not for service technicians. Now, through the years, these have become some of the basic essentials of PPE for all workers.

Going back again, to those times, we were lucky if we had a single traffic cone (and that was because it doubled as a funnel), garbage cans were used to block the other side of the pump where we were working, and it was unheard of to use your service vehicle as a barricade, as that usually would impede the flow of traffic to the islands. Grocery bags on nozzles boots would let the customer know that they could not use the dispenser, and the main focus was to not interrupt the customer getting fuel, therefore forcing us to work between customers, and making it impossible to shut down pumps for maintenance.

There have been a countless number of close calls that I can remember as well as stories from other contactors where technicians were practically rundown or hit by customers who were either not paying attention, in a rush or because they were annoyed that we were blocking their way.

Safety glasses and hard hats were rarely worn and being splashed in the face with gasoline was almost a rite of passage.

Thankfully, since the inception of POST in 2007, things started to change.   I say thankfully and sincerely mean it, although at the time, most were not quite so enthusiastic about the whole process.

Esso seemed to pioneer the way with the introduction of JSA’s, much to many disgruntled employees who hate filling out paperwork. From there, it seems that things just went from bad to worse. Rules, which had never been enforced before, coupled with what seemed like an endless stream of new rules and forms, became paramount, and the consequences, if caught not abiding by them, were severe.

Once everyone got used to the new safety standards, things went much smoother. I’m not saying that we didn’t have a riff or two over paperwork and how to properly secure a site, however, once our employees realized that our commitment to safety was non-negotiable, things fell much better into place.

I feel as though POST has created an awareness of what could happen and how it can be prevented. In spite of the seemingly mundane paperwork that is often viewed as not very beneficial by many of the employees I find that once we review and spend time discussing some of the issues that can arise from different situations, my staff becomes much more compliant and acknowledges awareness of the possible hazards that may have otherwise been overlooked.

Last November, we were at a resort in Mexico that was still under construction. There, we got to see first- hand, how workers can become completely complacent to even common sense when regulations are not put in place or enforced.  These workers, of whom the majority were working in shorts and flip flops, had no safety glasses, hard hats or gloves of any sort and were chipping concrete off of the sidewalk and retaining walls and working late into the night working only by the light by the light of their cell phones. Stairs had been removed with no sort of barricades to keep the guest away, and basically, the resort was an accident waiting to happen for both employees and guests.

During this time, we met a couple of people from the US that were part of the OSHA team at their respective companies. We started talking about the lack of safety rules that they had in Mexico, which prompted us to a discussion, what each of us had in place in our own Countries.

I was very surprised to find that the USA has nothing compared to what we have here in Canada. I went on to describe out POST program and the JSA, safe work permit, checklists etc. They could not believe that we had a program like that, which had been implemented, enforced and embraced by the oil companies. They said that if they had something like that in place, or forced to implement they would be out of business, as there was no way that they could afford to maintain the cost of such a program. What our US friends failed to understand is, that if our stringent safety standards prevented even one serious injury amongst our workers, it would more than pay for itself.

And in a perfect world, the cost should never be the main focus. Many of us and the companies that we work for have embraced this system, not mainly to appease the Oil companies, but because we know,

As an employer, I do not want to have to visit an employee in the hospital or even worse, to have to tell a spouse or child that their husband or father won’t be home, due to an accident that may have been prevented.

We are a small company with less than 10 employees in total. Our safety budget has increased year after year as we implement the different tools and procedures that are available to help ensure our employees safety, and although accidents may happen, as an employer, I need to feel as though I have done everything possible to protect my employees from avoidable dangers.

Something more that I like about the POST forums is that they prompt us to discuss openly amongst ourselves, issues that affect us doing our day to day jobs. POST is an integral part of every one of our safety meetings and definitely inspires some good conversations which allowed us to be able to share ideas and recommendations to make things safer.

These discussions often lead into “Guess what I saw”, situations, where a non-petroleum contractor was doing work in a ridiculously unsafe manner. These are often accompanied by a photo. Although it is unfortunate that not every industry abides by safe workplace standards, I am thankful that POST has given our employees the ability to recognize unsafe practices elsewhere.

Safety is definitely a serious focus for us. Our guys have learned that if ever there is a breach in the safety protocol, the consequences are serious. We perform routine LMRA’s on our technicians while working at sites to ensure that things are set up properly and this has been so instilled into their heads that even the smallest breach, including the improper placement of cones, for example, will be immediately brought to their attention and discussed at the next meeting. If ever there is a situation that exceeds a minor infraction, a meeting will be called the next morning, involving all staff members, so that all employees are able to learn from their colleague’s mistakes.

All our employees are encouraged to perform a LMRA on their colleagues if they arrive on site to assist, drop off parts or even if they happen to be driving by.

I recently ran into the father of one of my daughters a friend who happens to be an Ontario Minister of Labour inspector. He commented that he sees our trucks around town all the time and has always been impressed with the extent of our setup.   He also mentioned that he has seen other contractors working at other areas in Hamilton and as far as Niagara Falls all seem to use the same type of set up and asked if it was a requirement of the Oil Companies. I explained that as Petroleum Contractors, most if not all embrace the POST safety program. He was quite impressed and pleased that Safety had come so far within our industry.

I have to admit, I am definitely not clever enough, or even have the time to think about every possible dangerous scenario that is out there. We have changed our work habits extensively following the implementation of POST. Although somewhat time consuming and at times tedious, it has given me, as an employer, all of the guidelines, tools and support that I need to ensure that our employees are protected in the best possible way.

There will always be grumbles, as no one likes change, but if we could only imagine the incidents that may have occurred since the implementation of POST, even that one life, a father, mother, son or daughter that died due to a preventable accident, then it’s not hard to believe, without any doubt, that the extra time, effort and expense is a very small price to pay.

“POST is the best mental tool available to protect ourselves and our surroundings. POST has grown into a safety culture that has surpassed all expectations for our industry.”

“Post helps unify a Petroleum Safety Program making difficult tasks easier. POST raises the level of safety with regular attendance, attention and action. With the help of POST Phoenix is not learning safety by accident!”

“POST covers all areas of the BBS system that we use in our firm. It is a great help in reinforcing what we teach new employees as well as keeping BBS on the minds of experienced workers. The use of the program by sub-trade workers ensures that everyone on the work site is aligned as to what we are trying to accomplish, that being, NO One Gets Hurt. It is one of the major tools in our safety tool box.”

Our documents are now password protected. To obtain access, email us at info@posttraining.ca with your company name for verification and the password will be sent to you.